XIV European Conference on Asylum in Chios and Athens

XIV European Conference on Asylum in Chios and Athens 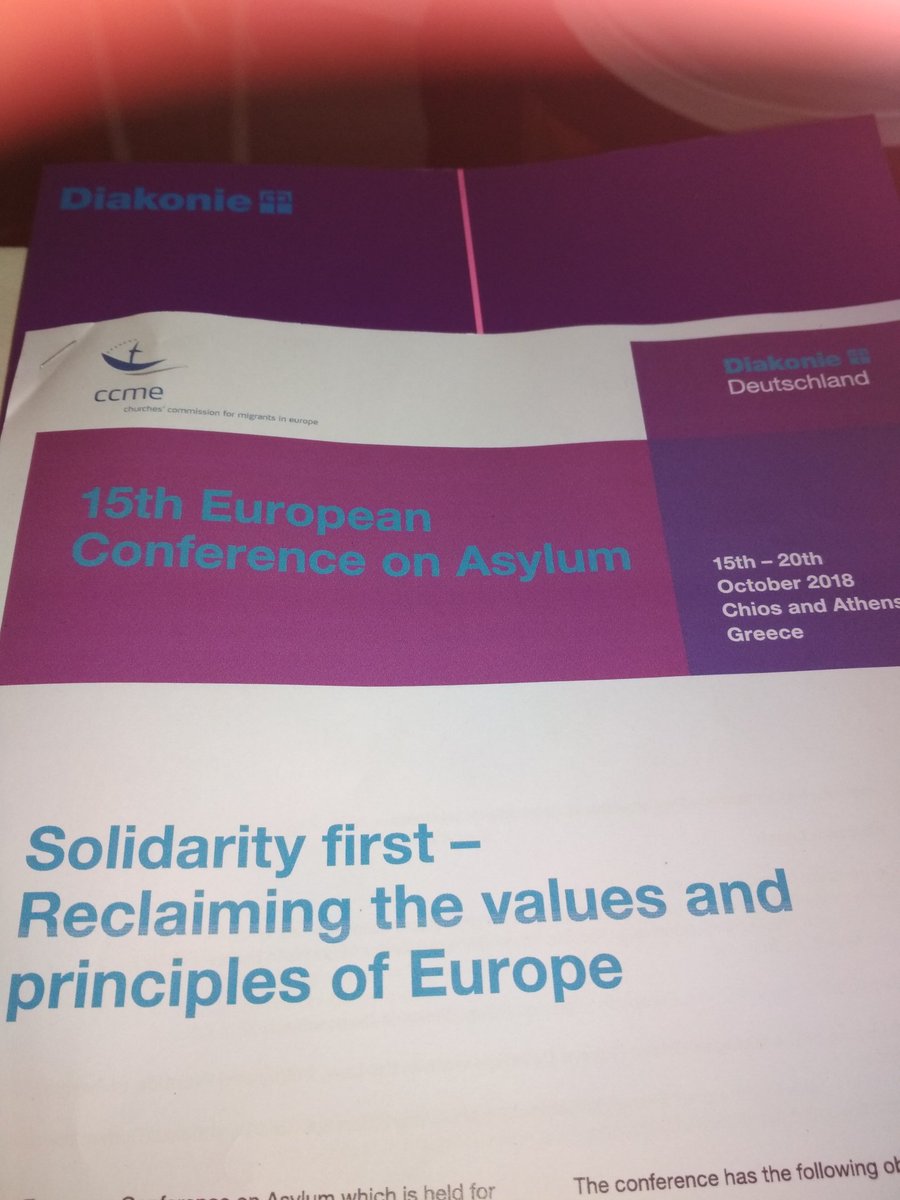 The German Diakonie Deutschland and the network of the Churches´ Commission for Migrants in Europe (CCME) have for more than a decade been active in organising the European Conference on Asylum (Law). A number of years has passed since the last edition of the conference in 2012 in Warsaw “Seeking Protection in Europe – Refugees in Poland, the EU and at the External borders” http://www.ekir.de/www/downloads/European_Conference_on_Asylum_Warsaw_2012. pdf.

It is therefore a pleasure for us to inform you that Diakonie Deutschland and CCME have decided to revitalise the tradition of the conference with a European Conference on Asylum (Law). We invite you for this year’s conference from 15th to 20th October 2018 to Greece. The choice of the venue was obviously influenced by the ongoing challenges in reception and asylum procedures in Greece as well as the consequences of the 2016 EU-Turkey statement for Greece. Both are not only significant for Greece, but for the EU as a whole. The conference will take place in two locations: the first part on the island of Chios, the second on in the Greek capital Athens. The stay in Chios 15th to 17th October will be characterised by an analysis of the situation at the external border of the EU. Meetings with local civil society actors, local authorities and refugees themselves (among others from the “Hotspot”, the Vial refugee camp) will be complemented by meetings with the office of the FRONTEX fundamental rights officer (to be confirmed).

The visit in Athens from 17th to 20th October will more focus on the work and strategy of the institutions of the Greek state (e.g. Greek Asylum Service GAS and Dublin-Unit) as well as the work of NGOs and churches in advocacy and practical support. The conference will provide space for participating representatives of churches ,NGOs and lawyers from across Europe to exchange about the latest developments in the Common European Asylum System. Conclusions of the participants will be shared via a press release. The deliberations of the conference will be published in a documentation.