The defeat of Italy, the illusion of Europe 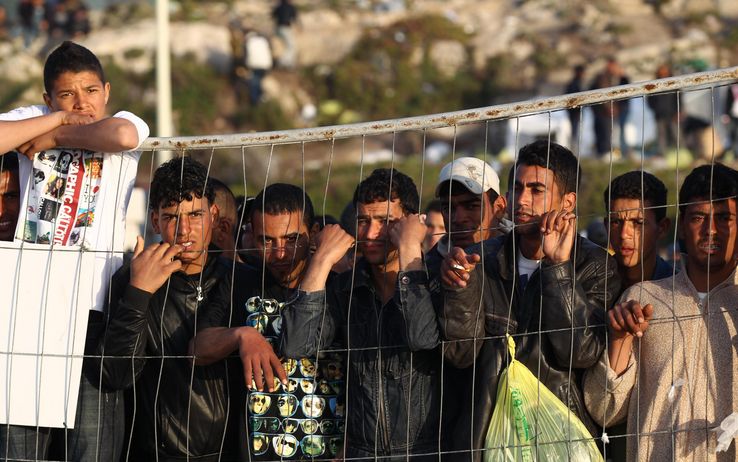 This time we cannot say that the glass is half full. The glass is empty and that’s all! The results of the last European summit on migration that was held at end of June have confirmed that in Europe there is a lack of political and social commitment to effectively manage the migratory flows from North Africa and the Middle East.

The “results” are known, and all below expectations: 40,000 people will be transferred in EU countries other than Italy and Greece. In this way, Italy and Greece would be relieved, respectively of 24,000 and 16,000 units in two years. As for the resettlements of immigrants already recognised as refugees but still waiting on the North Africa coast, they are 20,000 units. All this, while last year, only in Italy, 170,000 people came and there is one million refugees waiting in the camps of Libya since years. Europe has also launched “EUNAVFOR Med”, a military naval mission to destroy the boats used by the smugglers. No attention has been paid to the Dublin Regulation pursuant to which the applicant should wait in the State in which submitted the request up to the recognition of his/her refugee status. This is a provision that leaves to Italy tens of thousands of people who have no intention to stay in our country because they have relatives and friendships that could facilitate their establishment in other countries. To make a long story short, Italy lost and this Europe of selfishness and fears is the winner. The uncompromising block of some Eastern European countries engaged in policies increasingly hermetic closure of the borders, the rigidity of countries like France and Spain, the tactics of other countries concerned with their national public opinion have turned challenging agenda – mandatory quotas for each country – in yet another deal predictably downward: everyone will do what can and will. Thus, except the Italian premier, everyone else went home reassured and happy for not bowing to pressure from the Commission and the humanitarian agencies. The reply comes immediately, with landings continuing and testifying with hard evidence that those who in recent years come from North Africa and the Middle East are not ordinary immigrants. They are a different matter their condition is rooted on the collapse of large geopolitical areas that no longer have a centre, a government, a state organization that can ensure the safety of millions of people. In this context, the intention to distinguish between “economic migrants” and “refugees” declared by the Premier Renzi is an illusion. These two categories, like never before, are intertwined and pretend to distinguish who escapes from hunger and those fleeing from persecution, it is an unrealistic and cynical attempt. Perhaps it could reassure the public opinion but in the long run it will turn to be a pointless hypocrisy. Migration flows are the tip of an iceberg that Europe does not know how to deal with and, when Europe tries to face it , it is done in a confused way behind which there are projects even more uncertain. What does it mean “to remove the underlying problem”, “carry out actions of military conflict”, “to intervene in the countries of emigration”? Nobody says it explicitly but in the meantime we can hear the fighter flying and see the military vessels in alarm off the coast of Libya. This is a war and none says that. To do what? Against who? And after all with what legitimacy? The spectre that is haunting Europe is Europe itself, with its fears, its confusion and its ambitions. They do not realize it in Brussels but each of us can see in the pictures of any news that has the honesty to tell what is happening in Lampedusa or Ventimiglia.