The Canadian Model: An Alternative Response To Global Migration 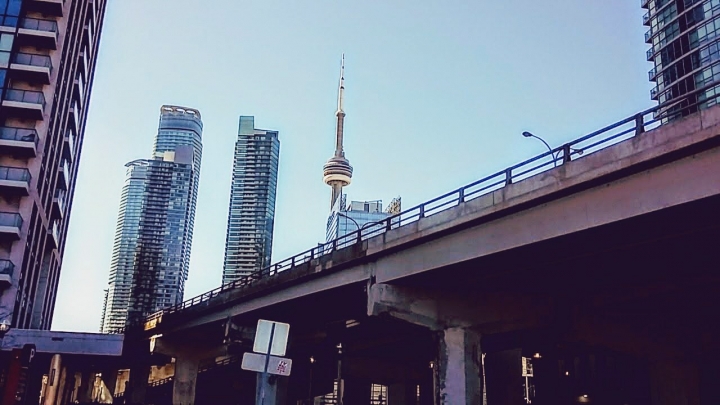 Rome (NEV), March 15, 2017 – The Royal Ontario Museum of Toronto has recently organised a series of conferences linked to the exhibition of Isaac Julien. One of the exhibited works “Western Union: Small Boats” started in Lampedusa. Alberto Mallardo, MH’s operator at the FCEI Observatory of Migrations in Lampedusa– was there and on March 7 attended one of the conferences, promoted by the Istituto Italiano di Cultura. Following we published his opinion about the Canadian experience.

Last week, in the cold town of Toronto, Canada, I talked about my experience with Mediterranean Hope. In a country that today many consider a model of tolerance and migration policies, I started from the most dramatic moments in the recent history of Lampedusa. Then, I tried to go over some of the changes that occurred in the European proposals for migration policies keeping in parallel a look on the migration experiences of those who have made it. On the background of the speech at the Royal Ontario Museum in Toronto, outsourcing in border management and the possible alternatives, such as the project of humanitarian corridors promoted by the FCEI, the Tavola Valdese and the Community of Sant ‘ Egidio.

And it was the echo of the Italian humanitarian corridors that sounded familiarly close in a country that since Justin Trudeau’s Liberal government took offices in November 2015, welcomed more than 40,000 people, mainly Syrian,thanks to a mixed programme promoted by private and government entities.

However,the Canadian approach to migration is not new, since the resettlement program was launched in 1979, after the crisis of Vietnam, when in just two years about 35,000 people from Vietnam, Cambodia and Laos benefited from private sponsorship to enter the red maple country. Over the following years, the program continued to function allowing thousands of people to safely reach Canada. Then as now, the promoters were groups of individuals or organisations that were authorised by the government to accept refugees. Many sponsors were faith communities while others ones directly included the ethnic communities that had been already present in Canada.

Today, there are 103 private promoting entities that during the first year shall provide room and board as well as daily pocket money, clothing, furniture and other consumer goods. In addition, these promoting entities are in charge of identify interpreters who can help newcomers in the early stages of integration and facilitate the access to health and education services as well as supporting for a possible job. Over the last five years, about 5,000 migrants per year have benefited from the programme, and from the beginnings more than 225,000 people have been supported by this initiative.

The resettlement of refugees through private sponsorship has enabled Canada to provide a faster response to the humanitarian crises of recent decades by directly empowering the local population. This model, in fact, has encouraged the development of local solidarity networks improving social cohesion and promoting the integration of newcomers. In addition, according to statistics through this channel the refugees have succeeded in a faster integration really thanks to the direct relationship between those who welcome and those who are welcomed.

However, the Canadian experience has also shown some weaknesses. For example, not all the entities were adequately prepared to welcome those migrants who reached Canada full of expectations. On other occasions, the refugees have developed dependency relationships and at the end of the first year they were not able to become independent, thus entering the welfare system. Finally, the selection of those who could access the programme did not seem always fair and some raised doubts about the willingness not to resettle refugees from sub-Saharan Africa.

Certainly, the Canadian example is unique also for the geographical features of this Country since there are few people who manage to autonomously apply for asylum in Canada. Nevertheless, amid the many disagreements on how to respond to global migration crisis, private support, when used in a transparent manner and ensuring continued collaboration between all the partners involved, could significantly increase the opportunities for refugees to legally and safely reach the countries of the global north. Moreover, in a scenario that is often characterised by national selfishness, Trudeau can represent a new and attractive player of a multi-ethnic country that since the beginning of its colonisation has made its important and significant minorities a point of strength for the country economic and demographic strategies.