Humanitarian Corridors at the International Journalism Festival of Perugia 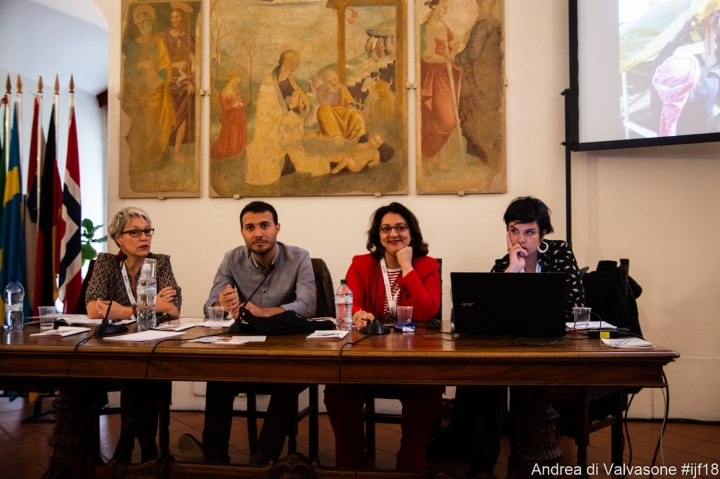 Perugia (NEV), April 16, 2018 – Humanitarian Corridors in the Mediterranean Sea: Operations, Prospects, Media Representation, a totally sold-out panel held on April 15, 2018 at the Sala della Vaccara of the Palazzo dei Priori, during the 20th edition of the International Journalism Festival.

Laura Silvia Battaglia chaired the event. She underlined the ecumenical value of this pilot project that began more than two years ago thanks to the efforts of the Federation of Protestant Churches in Italy (FCEI), the Waldensian Board and the Comunity of Sant’Egidio. The panel pointed out how the actual media narrative about immigration – typically displaying the binomial “crime-security “contrasts with the “solidarity-security” binomial, shown by the humanitarian corridors. This contrast was also underlined by Gaëlle Courtens, the FCEI’s spokesperson. She introduced the genesis and management of this project, conceived to allow particularly vulnerable people to enter Italy via the Humanitarian Corridors. However, after more than two years of activities and following 18 flights from Lebanon as well as the opening of new humanitarian corridors from Ethiopia with the support of the Episcopal Conference and the Community of Sant’Egidio as well as the launch of similar projects in France and in Belgium, the idea that people in need of international protection could arrive via humanitarian visas – and not with those boats of death – is a reality that has not yet entered the collective imagination. Said Marta Santamato Cosentino, the author of the documentary “Portami via“. Ms. Santamato Cosentino who followed the Syrian Makawi family from Syria to Turin, quoted the figures of the “Carta di Roma” report and said that the news on immigration continue to treat good practices – such as legal and safe ways to enter, only marginally. 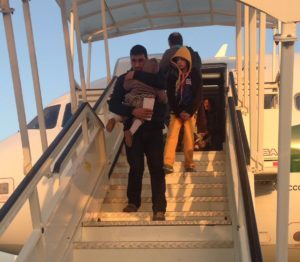 According to Ms. Santamato Cosentino, the space dedicated by the media to stories and initiatives that propose alternative solutions to the “issue” of migratory flows is still too little: « We are witnessing an almost obsessive focus on immigration issues, always in terms of emergencies. But, once there is a virtuous and effective proposal, it is overlooked. It is revolutionary to see people getting off a plane, after having packed their bags.»

Gennaro Giudetti, a humanitarian operator of the Operazione Colomba project, who has lived in refugee camps set up by Syrians in northern Lebanon, pointed out the human relationship developed when living in direct contact with those who need everything. Mr. Giudetti is still in touch with a group of families welcomed into Trento. He had accompanied them on the flight from Beirut to Rome of February 29, 2016. And, he was also the one who rescued a young Nigerian mother, Sandra, holding her lifeless little child, Great; during an operation carried out by the NGO SeaWatch3 that was hampered by the Libyan Coast Guard.

During the International Journalism Festival in Perugia thousands of people participated to the 300 panels, workshops and events that ended on April 15, 2018.

To review the panel about Humanitarian corridors, please click here.