The feature “A Glimpse from the Border” is curated by the team from Mediterranean Hope (MH), the migration project of the Federation of Protestant Churches in Italy (FCEI). This week’s “Glimpse” has been written by MH’s team on the island.

Lampedusa (NEV), March 10th 2021- Plants permit the creation of an ideal continuity between apparently distant places and stories, crossing visible and invisible boundaries. Our glimpse goes from Lampedusa right upto the border between Bosnia and Herzegovina and Croatia.

Arriving on Lampedusa the landscape explicitly declares the presence of a dry climate. The vegetation expresses traits of resistance to water scarcity and high temperatures. The textures appear leathery, thorny at times.The natural exchange happens gradually and is prolonged in time. Thatit belongs to the African tectonic plate is proved by climatic and geological factors as well as by the presence of typical north African plant species. 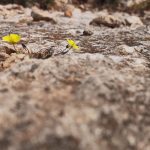 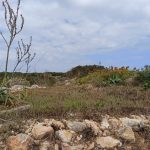 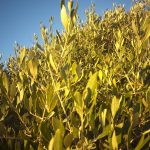 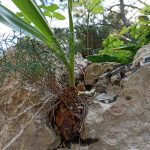 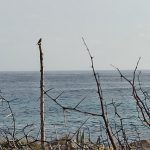 Some areas of the island are lashed by strong winds. The salty air positions and shapes the vegetation. Barren and arid steppe areas are to be seen while typical Mediterranean trees, albeit rare on the island, are present in the valleys, where the water flows.  Deforestation to allow coal production, led during the Bourbon period, left a deep scar on the local vegetation history. Over time the farming areas diminishedbut in certain areas low, wild sprays of vines can be spotted, symbol of a productive past. Due to the recent coastal erosion process, reforestation works have been carried out by planting Aleppo pines. Traces of naturally grown trees can be found in the toponymy.

Contradaimbriacola (arbutus contrada), the place where the Lampedusa hotspot can be found, probably owes its name to the effect of binging on the fruits of the arbutus, which leads to a kind of drunkenness (“ubriacatura”). Furthermore, fruit orchards and vineyards were once quite common in this area, adding to the sense of the name.The lack of naturally grown trees is striking. Olive trees, the symbol of the Mediterranean region, can only be found among lush vegetation in some private gardens. This tree has an important scientific name Olea europea. Its fruit, the olive, a fleshy drupe, has been used for millenniaand, over the centuries, not only provided the lipidic (fatty) base of the Mediterranean diet, but also commercial exchange, food conservation and inspiration for products derived from olive oil and more.This plant’s presence in the whole Mediterranean basin is an element that identifies a bond betweenintermeshing cultures and customs on every coast on the Mediterranean Sea, where Lampedusa is immersed.

The names of places often refer to the plants that could once be found there, and through this element it is possible to know the story, understand how places once looked and find common elements between distant places. Trees offer a smooth transitionbetween environments by offering a sort of continuity that accompanies the change of climate and the soil’s features. 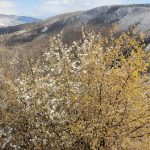 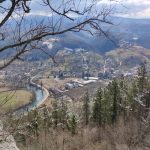 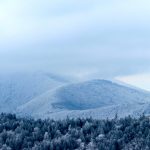 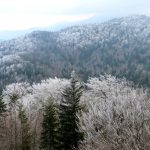 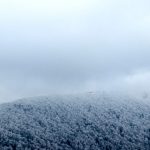 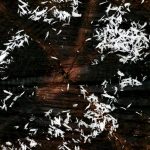 The name Lipa means “linden” in the Bosnian language. Entering Bosnia and Herzegovina you are struck by the dense forests and apparently uncontaminated waterways. This landscape makes you think of early Europe, rich in forests in the plains, hills and on the mountains. The temperate forest, characterized by deciduous plants, has the linden tree as one if its main species.

Many Italian places also carry the name of trees that characterized these areas before extensive deforestation in Europe. Regarding the linden, links to this plant are explicitin the names of various Italian municipalities and rivers. This applies e.g. for the river Tagliamento – the river of lindens – once known as Tiliaventum by Pliny the Elder. This river flows  east together with the Piave and the Isonzo rivers in the areas of WWI  trenches.

Plants, rivers, sea and landscapes are always spectating history’s events and are witnesses of border areas. Borders change and move but all of them are inscribed in an environment that stays dynamic and yet absorbs the effects: in the waste produced, walls built, in the barriers and barbed wire.

The olive tree and the linden tree engage in a dialogue from the Mediterranean to the Balkan Route passing by Lampedusa, a treeless island. In the same way, from the frontier of Lampedusa to the Bosnian one, we want to remember the more than 200 human lives that have been lost in the Mediterranean sea since the beginning of the year, the 39 people victims of the umpteenth shipwreck yesterday and those trying to cross the forests between Bosnia and Croatia.