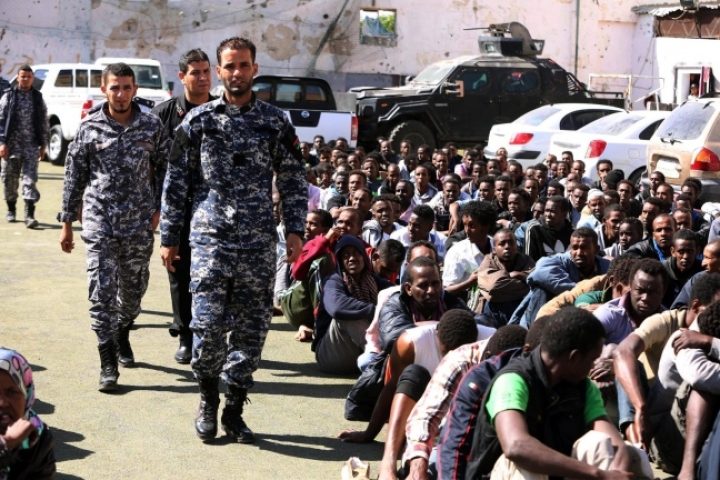 From l’Espresso, May 26th 2015 The organisation of Julian Assange has come into possession of classified documents relating to the European operation in Libya. The goal is to stop the exodus of migrants by destroying the boats used by smugglers, with interventions on land. It also includes broadening the operation to oil reserve A military mission in Libya for all intents and purposes, and not a policing operation to save migrants, as announced by the minister Angelino Alfano and the Renzi government. This is what was revealed in the classified documents posted last night by WikiLeaks and published by the Italian magazine “l’Espresso” in exclusive. The organisation of Julian Assange has posted two classified documents outlining the European Union’s strategy for the mission in Libya, presented explicitly as a “military intervention.” Which outlines the possibility of a much broader operation in the African state. Particularly crucial is the dossier written by the Defence ministers of the twenty-eight European countries describing the military nature of the mission. In the description of the published documents, WikiLeaks commented how “the EU will deploy military force against civilian infrastructure in Libya to stop refugee flows. Given the previous attacks on Libya by several EU NATO members and Libya’s proven oil reserves, the plan may lead to other military involvement in Libya.” The operation involves three phases, with an initial duration of one year. The document highlights that the military intervention will end when “the flow of migrants and smugglers’ activities have been significantly reduced.” The main aim is therefore to stop the departures from the Libyan coasts making it – by destroying the organisations of the smugglers – more difficult for desperate people to flee using the route towards Sicily. In recognising that, even though the phenomenon has been going on for years, Europe knows very little about migration,  the document reveals that the mission focuses on “a sufficient understanding of the migrants’ smuggling and trafficking business models, financing [editor’s note: for the trafficking], routes, places of embarkation, capabilities and identities [editor’s note: of the traffickers]” and that “the use of force should be acknowledged, especially during activities such as boarding and when operating on land or in proximity to an unsecured coastline or during interaction with non-seaworthy vessels.” Therefore, the document explicitly provides for operations on land, as already disclosed by the London-based newspaper the “Guardian” which spoke of “boots on the ground”. Among the dangers, it mentioned, “the potential presence of hostile forces, such as extremists or terrorists like the Islamic State.” It also highlights that “the threat emanating from the mere handling of large volumes of mixed migrants flow also need to be considered.” It specifies that the operation “will require a set of validated and robust rules of engagement and the use of force, in particular for the seizure of vessels in case of resistance, for the neutralisation of smugglers’ vessels and assets, for specific situations such as hostage rescue.” This point seems to take into account the risk that the bosses of the smugglers use migrants as human shields to defend the boats from European troupes. The dossier finally reveals that the military operation will be crucial for controlling information of the mission circulating in the media. “The strategy should avoid suggesting that the focus is to rescue migrants at sea but emphasise that the aim of the operation is to disrupt the migrants smuggling business model. And it explains: “The EU Military Committee identifies the risk to EU reputation linked to any perceived transgressions by the EU force through any public misinterpretation of its tasks and objectives, or the potential negative impact should loss of life be attributed, correctly or incorrectly, to action or inaction by the EU force. Therefore, the EU Military Committee considers that an EU information strategy from the outset, is essential in order to emphasise the purpose of the EU operation and to facilitate expectation management. Military information operations should be an integral part of this EU strategy.”