Lampedusa and experimentation of the Hotspot 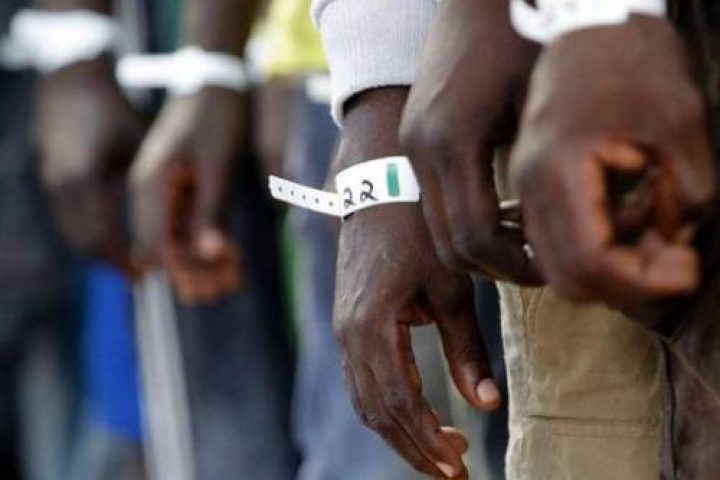 by Marta Bernardini and Francesco Piobbichi

Lampedusa, Agrigento (NEV), 14 October 2015 – The only real hotspot operating in Europe today is the one in Lampedusa, an island that once again is being used as a “laboratory” to experiment the policies of the European frontier. As reporters, we cannot make a final judgement on what will happen in the coming months, however, we can talk about what has happened on the island in recent days.

After months of rumours that have been circulating, the formalisation of the new mutation of the frontier has coincided with the protests of the people detained in the Centre. About a week ago, on 4 October, the migrants in the Centre, with signs and sheets asked to be taken away as soon as possible. This protest continued throughout the week with pickets in front of the main church and demonstrations in the streets of Lampedusa, where demonstrators asked to leave the island without having to leave their fingerprints. The paradox was that the main actors of these protests were young Eritreans who are one of the “categories” most protected by the new European agreements. We saw them cry in despair, throwing themselves into the sea to prevent the ship from leaving, and we saw them go out into the streets to shout the only demand that today is shared by many others “Freedom, Libertà!” We ask ourselves why this has happened: was it due to a lack of communication regarding the new changes or due to a high level of distrust. Perhaps the truth lies somewhere in the middle. To our knowledge, about a hundred of them left the island yesterday morning without leaving their fingerprints. We also wonder what may happen when, as is expected, the quota of refugee relocations is reached. For now, Italy should relocate 24 thousand refugees in Europe and more than 130 thousand people have landed in 2015. After making a quick count, we ask ourselves with some concern, what will happen to the rest? Even if the number of relocations is increased by ten thousand or so, what will happen in the hotspots when news gets out in a few months that migrants can remain in Italy if they give their fingerprints? But this is not the only concern, the distinction between refugee and economic migrant is also likely to be performed in violation of human rights, thus creating new paths for illegalisation. The sentences recently handed down to Italy by the European Court of Human Rights should make us think that perhaps this is not the way to handle a complex phenomenon such as migration, a phenomenon that cannot be placed in boxes in which to arbitrarily put an Eritrean, or a Nigerian or an Egyptian. Even more worrying is the fact that this process began in one of the most vulnerable and exposed places in Europe, an island that has always saved people without asking them whether they were economic migrants or refugees. The spotlight on Lampedusa allows us to see the early effects of the new European choices and to think about the consequences for the island. From this vantage point, it is even more necessary to extend the reflection to the processes that will also be activated in Italy and Europe.