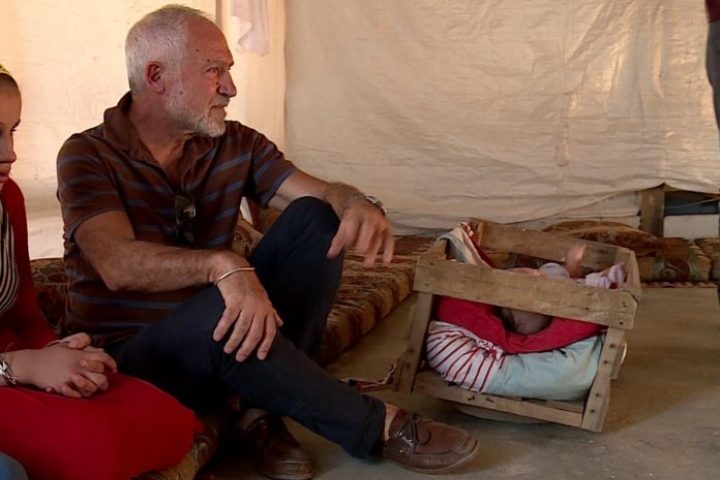 The satisfaction of Dr. Luciano Griso for the solution of two very serious medical cases, thanks to donations and solidarity.

Rome (NEV), October 30, 2017 – Some refugees in Lebanon are far too week, to undertake the journey of the “humanitarian corridors” by airlift from Beirut to Rome. Last week, while in Beirut the last preparations would feverish for the next group of vulnerable refugees to leave, a young man and a boy were forced to stay behind. Too fragile to face the hardships of such a trip. This was reported by Dr. Luciano Griso, the physician of the ecumenical team operating in Lebanon for the humanitarian corridors project, and who, one year ago, launched the health assistance program “Medical Hope”. Financed by various donors and implemented in the frame of the Mediterranean Hope (MH) – Refugees and Migrants Program of the Federation of Protestant Churches in Italy (FCEI), it assists mainly Syrian refugees, who cannot afford the costs of medical care. In Lebanon foreigners have no access to the public health system, including Syrian refugees, who by now amount to the 25% of the resident population.

“With the help of ‘Medical Hope’ we were able to guarantee therapies for some seriously ill people”, says Griso from Beirut. “It is the case of a 4 years old boy suffering from ‘Gaucher’s desease’, and of a 20 years old man suffering from a severe congenital heart disease. In the first case the solution came from Bigfarma Sanofi-Aventis which accepted to pay for the very expensive medicament (€ 3,000 each treatment); as per the other patient, the costs of the operation were covered in part by UNHCR and in part by us. The young man was operated on October 24 and is still on the danger list. He received the visit of two of the MH operators Silvia Turati and Simone Scotta, who on October 27th accompanied 120 particularly vulnerable refugees (among whom many children), but able to face the transfer towards their new life”.