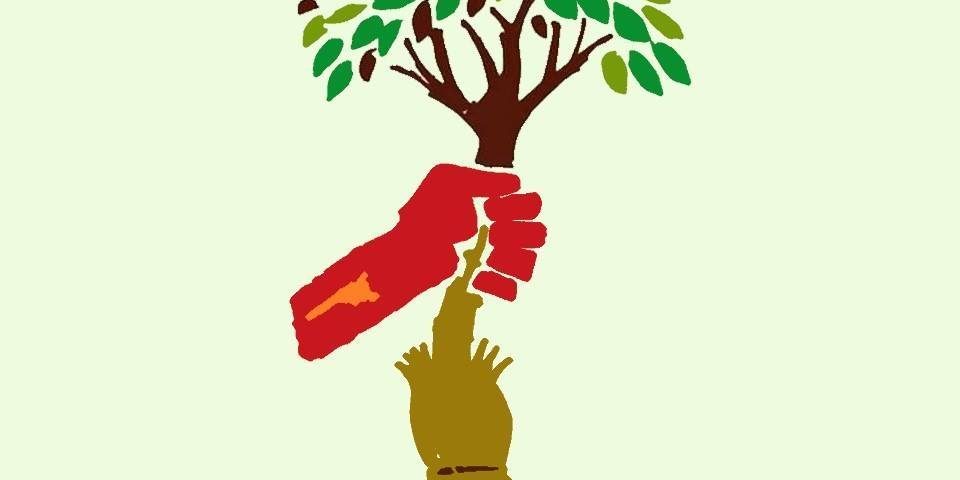 (NEV) The “Lo sguardo dalle frontiere” (A Look from the Border) editorial is written by operators of the Federation of Protestant Churches in Italy (FCEI) for the Mediterranean Hope Refugee and Migrant Programme. This week’s “look” comes from Lampedusa.

“The rope does not budge. Let’s try to make a hole with a hoe and pickaxe.” Nothing, the more we dig, the more it doesn’t come out.”

It defeats us, and stays there, tied to something enormous. Perhaps to a very heavy anchor or perhaps linked to a curse, like that of the sword in the stone. In the end, we decide not to cut it, but to leave it there as a warning to everyone that, even though Cala Pisana is now clean, there is still something underground. We leave the rope and remove everything else that remains, such as glass and plastic bottles and lots of other waste that we find along the cove.

In the last few days, the “Lampedusa Resiste” (Lampedusa Resists) project has been trying to “clear” an area that it would then like to cultivate, and regenerate ecologically and socially. The project united the Askavusa Collective, Forum Lampedusa Solidale, Brigate della Solidarietà Attiva, Libertà Era Restare, Mediterranean Hope and some curious tourists and Lampedusians.

During the project, we discovered that putting our hands on the waste of Lampedusa means rummaging through its recent history, finding Tunisian blankets, Roman archaeological artefacts, debris from the renovation of houses transformed into B&Bs… It also means mapping the asbestos dispersed on the island.

Afterall, a lot of waste is nothing more than objects that have been discarded, abandoned because they are no longer considered useful. The “pupi del conte” (the Count’s puppets) were also abandoned, or rather, put aside, before being purchased by the Askavusa collective. The collective brought them back to life and made them the stars of a performance for the Lampedusa Resiste project. Yes, because an eco-social regeneration project is not simply a process that gives this community back an area that it wants to use for the common good, it is not a social custody of the territory, but it also means giving a modern update to a story that was lost, and building the right to memory.

Digging through the rubbish and the story of the puppets therefore becomes a metaphor. It means taking back the art of handing down stories that have been erased over these decades, it means using the local dialect as an instrument of resistance in the face of massification processes.

The story becomes a social practice and the social practice becomes a story. I was lucky enough to present the Lampedusa Resiste project with Giacomo Sferlazzo a few days ago in Porto M, where M stands for “Memory, Mutuality, Mediterranean, Migrants”. While I was talking about the “drawings from the border”, Vito took the floor and brought us inside his story, inside his pain, inside his anger. Vito was present during the tragic shipwreck that occurred on the morning of 3 October 2013, saving dozens of lives.

In the words of Vito, Lampedusa has revealed to be a powerful land where stories and practices generate networks, build social processes that would be hard to develop in other places. This island has been used as a stage to scare and shout at the invasion, or as a logo to win European competitions, but we have now all tried to reverse the entire process, starting directly from the island.

With projects such as Lampedusa Resiste we can take care of Lampedusa, preserve its history, respect the right of nature to exist and, together with this, the rights of others are also protected. Whether we are talking about those who live on this island or those who pass through it, this project aims at conceiving an active solidarity that does not separate us into categories as instead the border aims to do by becoming a dividing point between “us” and “them.”