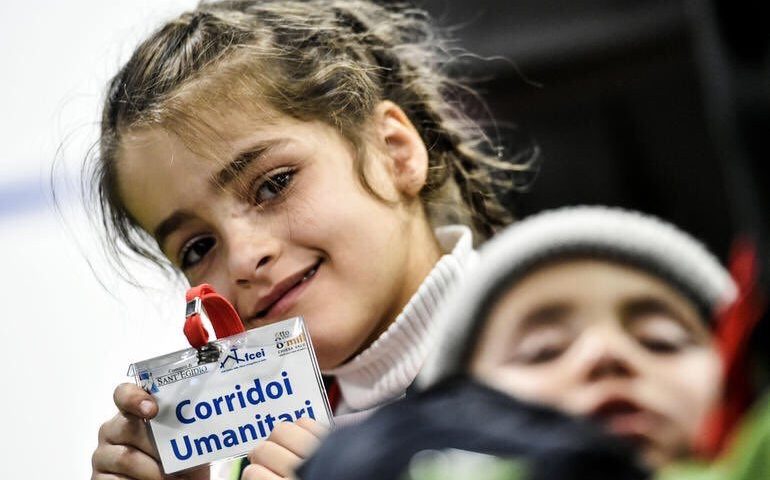 (NEV) «It is a beautiful news, in line with what we have been claiming for some time now. We need, in fact, to create legal and safe routes for those fleeing war and violence. «We really welcome the fact that Europe has accepted this proposal. This new European approach strengthens us in our experience of the humanitarian corridors that we have been carrying out since 2016. To date, the humanitarian corridors have, in fact, brought to Europe 2,200 people in a legal and safe way.» Paolo Naso, coordinator of Mediterranean hope (MH), refugees and migrants programme of the FCEI said following the announcement that the European Parliament of Strasbourg has given its green light to the proposal for the introduction of European humanitarian visas. The legislative initiative was approved with 429 yes, 194 no and 41 abstain (absolute majority). The European Parliament has requested that the European Commission submits a legislative proposal to define the requirements of this kind of visa by 31 March 2019.

«Humanitarian visas would make it possible to reduce the shocking number of victims in the Mediterranean sea and along the other migratory routes to enter Europe. Moreover, those visas would allow to combat human trafficking, to better coordinate the reception system as well as analysing asylum applications more carefully.» Mr. Naso said.

«This news, in the aftermath of Amnesty International’s calls to the Italian government and the Italian government’s failure to sign the Global Compact, shows us once again how our country finds itself in positions that are different from those ones of its traditional European allies, but in line with countries that have always been Eurosceptic. A very dangerous approach that will be difficult to continue to sustain in the long term.

We are now waiting for the Commission to present a legislative proposal in this sense. As Christians we would like to stress that we will not withdraw our support and commitment to these initiatives also by providing our experience since we are aware that the reception of people with dignity generates wonderful stories of integration.» Mr. Naso said.