From the war in Syria to Italy, thanks to the Humanitarian Corridors: “So we could start over again” 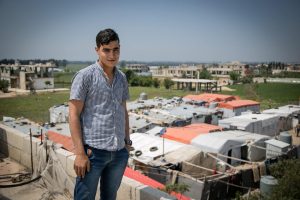 A 30-seater minibus crammed with more than 100 people, all fleeing from Aleppo where for months there was fighting between the Syrian government forces and the Islamic forces. A journey of hope that brought Ali Alabdullah and his family to Lebanon, just across the border to the camp of Tel Abbas.

“There were eleven of us sitting in the space of two seats and at each city or village there were numerous checkpoints manned by government-manned militia. We came from Aleppo and we are Sunnis, so they treated us like opposers, but in reality we were just running away from the war. We were only able to pass through and get to Lebanon by bribing them.”

Life in the camp was not easy, Syrians do not have refugee status and are in a legislative limbo so they do not have documents to work or study, they are “tolerated” in the refugee camps or, for those who could afford it, in the cities. 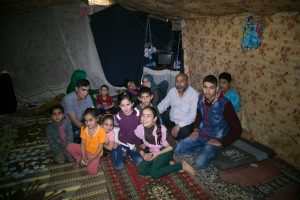 In 2017, when Ali and his family were still in Lebanon, there were about one and a half million Syrians in the country, compared to a national population of four million. This is potentially an explosive situation for a country like Lebanon, with strong internal conflicts, and a fragile political system in which the power is largely divided between Shia Muslims, Sunnis and Christians.

“Each time we leave the camp, we risk being stopped and arrested by the Lebanese police because we don’t have documents and when we are able to found work, we are underpaid. It is a difficult life.”

Leaving Lebanon is very complicated, by land it is practically impossible since it is surrounded by Syria and borders Israel to the south, officially still at war with the Country of the Cedars. 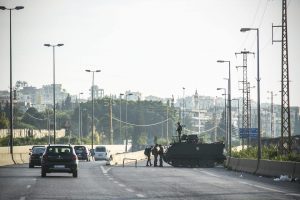 Today, however, Ali, his wife Khaldiyie and his nine children are in Italy, more specifically in Rivalta di Torino, a small town of 20,000 inhabitants, where they were able to start their lives again thanks to the Humanitarian Corridors. The project organised by the Federation of Protestant Churches and the Community of Sant’Egidio signed a protocol of agreement with the Italian government in 2015 for the first one thousand humanitarian visas to be used within two years. It is financed in large part by the “Eight per Thousand” contributions  of the Waldensian Church as well as funds collected by Sant’Egidio and other ecumenical communities.

“The greatest difficulty has been facing a culture very different from ours. I went to school four months after my arrival in Italy and I only spoke a few words. It was hard but now we’re fine, each of us older children chose what we wanted to do: I went to school while the other two went to work and now they have a contract and are doing well.” This is what Abdallah, the oldest son, told us. He is studying tourism and dreams of becoming a cultural mediator. “I would like to help those who arrive. I know what it means and I want to help.”

Tommaso Panero oversaw the reception, and together with the “Giuliano Accomazzi” Association and several parishes in Turin, provided all that was necessary. 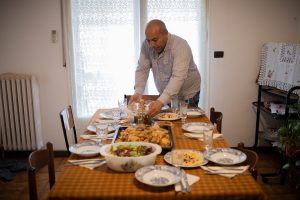 “Welcoming this family was more difficult than usual, 11 people are not easy to manage. So, after volunteering in the Tel Abbas camp for a few months, I decided I wanted to help them and we launched a fundraiser in the parishes. The response was incredible, within a month we found 150 families willing to finance us for two years.”

The first year and a half Ali, Khaldiyie, Abdallah and all the others lived in an accommodation facility belonging to the Abele Group called “Il Filo d’erba” (the Blade of Grass), where other families live and where there are also common spaces to share.

“In addition to having funds to finance the integration of the family, it is also important to have a community ready to welcome them. We received so many offers of help that we decided to extend our project to another family, but they are currently blocked in Lebanon waiting for a visa.” 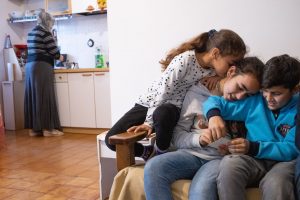 The visas for the humanitarian corridors are issued by the Ministry of Foreign Affairs after security checks carried out by the Ministry of the Interior. In recent months, the waiting times have lengthened and some visas have been blocked without knowing the reason why.

One of the families blocked is that of Jassem Alabdallah, Ali’s brother. They were also in the Tel Abbas camp two years ago and should have joined his brother’s family in Rivalta di Torino. 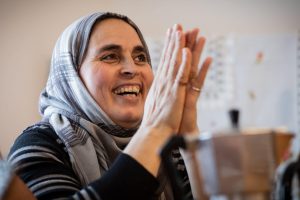 “We quickly searched for a house for Ali, Khaldiyie and their nine children so that they could give the one they had been living in for a year and a half to the new arrivals. They are now in an independent house while the others are blocked in Lebanon,” adds Tommaso Panaro.

There was also a lot of solidarity in this case, and the same 150 families that had supported Ali were already raising funds to help Jassem’s family. While waiting for them to arrive, it was decided to send the money to Lebanon so they could rent a house and move out of the refugee camp. 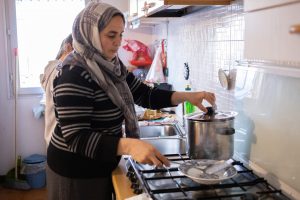 There are 500 visas left for Italy until December 2019, when the second agreement between the Federation of Protestant Churches, the Tavola Valdese, Sant’Egidio and Farnesina expires.

“After the first two protocols which allowed issuing two thousand visas in four years, we think that this model should be pursued, and for this reason we are optimistic,” says Federica Brizi of Mediterranean Hope, a project of the Federation of Protestant Churches that deals with migrants.

Italy is not the only country using the Humanitarian Corridors, France, Belgium and Andorra have also adopted this method of entry, activating all the necessary protocols. 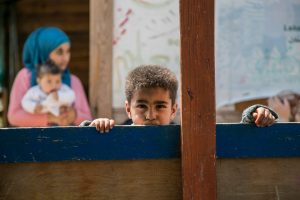 “We hope it will become a model for other corridors managed directly by governments to deal with situations such as the emergency in Libya where we have requested 50,000 visas. Our project has shown not only that people can be brought to Italy in safety, but also that the reception can be handled in a structured way, not as an emergency, and at lower costs than those used for first reception activities,” said the head of the reception of the Federation of Protestant Churches in Italy.