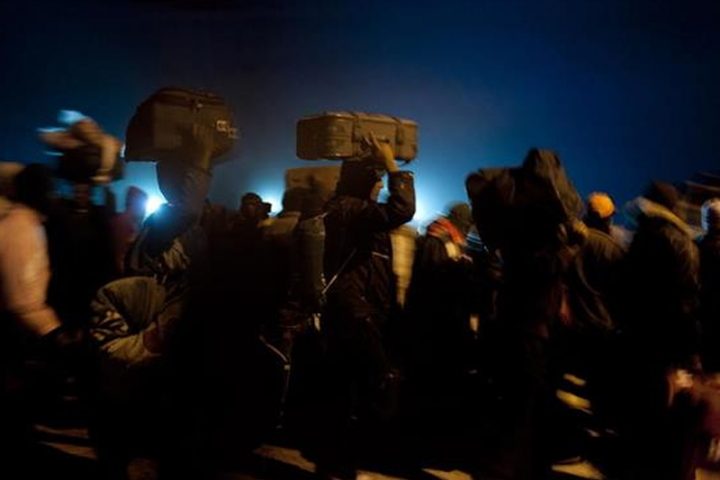 by Paolo Naso, coordinator of Mediterranean Hope, a programme for refugees  and migrants promoted by the FCEI

It is important that the Minister of Foreign Affairs declares that “Libya is not a safe haven”. The fact that the vice-premier Matteo Salvini also recognizes him – as shown by various agencies on 6 July – is resounding. In the end, even the minister who most tweeted to ensure the safety of refugees concentrated in Libya, surrendered to the evidence of systematic violence, torture and persecution that for years have been denounced by the UNHCR and the few NGOs operating in that territory. A humanitarian catastrophe aggravated by bombing such as the one that killed more than 40 refugees detained in the camp of Tajoura, just over ten kilometres from Tripoli, on 3 July.

The two influential ministers will have weighed up the sense of their words which, if logic also has a weight in politics, demolish the strategy adopted by the government to combat illegal immigration. It is true that the political debate on the issue of migration is increasingly emotional and what is said today is being torn up tomorrow but only a few months ago the vice-premier Salvini cheated on the International Organization for Migration (IOM) – a UN agency then, not a social center or an NGO – which denounced the insecurity of refugees in Libya replying that Italy undertook “to ensure the Libyan authorities the legitimate exercise of their responsibilities in the management of search and rescue procedures” (March 29, 2019).

In other words,  we Italians trust Libya and, by supporting it with military means and funding, we entrust it with the burden of combating irregular immigration. Not a very original strategy since, with less harshness but with the same determination, it had already been adopted by Minister Minniti (Gentiloni government). When the reliability of the Libyan partner has disappeared – we wonder – does not the pillar of Italian diplomatic action in the central Mediterranean collapse? Isn’t the lintel of the persecutory and criminalizing policy against the NGOs that first – unheard of and criminalized – declared the Libyan ports “unsafe”? If words make sense – and in the policy of tweets and jokes to effect may not have it – in the face of a rescue at sea Minister Salvini can no longer invoke the “Libyan solution” because he himself has recognized that, at least “for now”, does not meet international safety standards. We must all recognise that there are no “external” solutions: neither in Libya, Tunisia nor Morocco. If Mediterranean migrations continue as all indicators suggest, it is Europe that must find a mechanism for the orderly and legal management of flows.

This is the sense of the proposal formally put forward by the FCEI  and the Community of Sant’Egidio to open a “European humanitarian corridor” from Libya for 50,000 refugees in two years. A proposal legitimized by the success of the experiment of the “humanitarian corridor” opened from Lebanon to Italy, as well as those to France, Belgium and, soon, some German landers. It would be a “good practice” that would become an “ordinary system” for the management of at least a quota of migratory flows; a strategy that would give back to Europe a leading role in the governance of a phenomenon that both the institutions of Brussels and the individual states have imagined being able to download onto the most exposed countries, namely Malta, Italy and Spain.

In the meantime, churches will also move, trying to leverage the consent of their sisters in Europe to push governments to take responsibility. An ecumenical test of primary importance to measure the commitment of Christians in policies of reception and defence of human rights.

(*editorial by Paolo Naso published in the weekly magazine Riforma in distribution from today, July 9, ed)